Articular Cartilage is the white tissue lining the end of bones where these bones connect to form joints. Cartilage acts as cushioning material and helps in smooth gliding of bones during movement. An injury to the joint may damage this cartilage which cannot repair on its own.

Meniscal transplantation is a surgical procedure to replace the damaged meniscus of the knee with healthy cartilage.The meniscus is a C-shaped cartilage ring that acts like a cushion between the shinbone and the thighbone. Each of your knees has two menisci - one on the inside (medial aspect) and the other on the outside (lateral aspect) of your knee. Apart from the cushioning effect, the menisci also provide stability to the knee.

Autologous chondrocyte implantation (ACI) is a procedure to treat the articular cartilage defects of the knee. This procedure is effective for treating small areas of cartilage damage that causes pain and swelling and restricts the range of motion. Autologous chondrocyte implantation is not indicated for those patients who have advanced arthritis of knee.

The anterior cruciate ligament is one of the major stabilizing ligaments in the knee. It is a strong rope like structure located in the center of the knee running from the femur to the tibia. When this ligament tears unfortunately, it does not heal and often leads to the feeling of instability in the knee.

Knee Arthroscopy is a common surgical procedure performed using an arthroscope, a viewing instrument, to look into the knee joint to diagnose or treat a knee problem. It is a relatively safe procedure and a majority of the patient’s discharge from the hospital on the same day of surgery.

Robotic assisted knee surgery is an innovative technique alternative to the conventional surgical procedure in patients suffering from degenerative knee diseases such as osteoarthritis. It is performed using robotic-arm technology that allows the surgeon to precisely perform the surgery through a smaller incision as compared to traditional surgery. 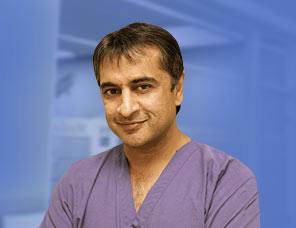 Founder and President of the Atlanta Orthopedic Institute

Dr. Pandya is the Founder of

Dr. Pandya is a Specialist in 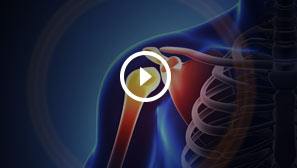